Enter your City name or Pincode

Dausa, the desert city has a great history which involves great kings, the dynasty rulers, freedom fighters and the ultimate traditions, art and living hood which is unique to itself.
With times, after independence, many changes and developments occurred in this city, yet Dausa continues to carry forward the culture in aspects of festival celebrations, folk music, dance and the colorful glitz of dressing. Dausa history and culture is one of the facts which attract foreign tourists. 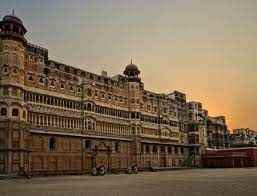 Dausa – The former capital city:
In 10th Century A.D. Dausa has become first capital of the then Dundhar Region, which was ruled by the Chouhans and Badgurjars. Back in those days, as a capital city, Dausa has become an important political place. Raja Soodh Dev was the foremost ruler of the land from 996 - 1006 AD and Raja Dule Rai succeeded him from 1006 - 36 AD.

Tikaram Paliwal and Ram Karan Joshi led the war of independence against English whose contribution was appraised for significant role in struggle and active participation for independence. Their contributions are also notable in merging of the Princely States to form Rajasthan State. Since 1952, many leaders lead this city and there is a lot of betterment in aspects of water supply, irrigation, education and other developmental activities such as banking, industrialization etc. 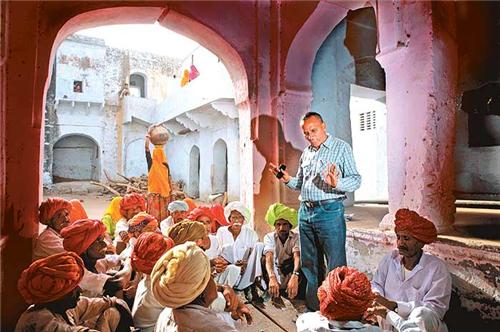 The administration in Dausa happens in a very organized way, where as a development committee is a local board of members collectively known as Gram Panchaity.  Gram Panchaity is in turn operated under a higher management which is generally called as Zila Parishad. Gram Panchaity is in other terms is assembly of district counsel or simple village counsel. The administration is aimed to develop, establish and implement projects in departments such as health, education, finance, agriculture, public work, social welfare, water supply, information technology, animal husbandry and other sectors.
There are separate offices for every department, whereas, schemes for agricultural development of Dausa, establishment of primary schools and health care centers, development of cottage and small-scale industries, drinking water supply, construction and repair of roads are certain major functions of  this administrative system in Dausa.
website : https://dausa.rajasthan.gov.in/content/raj/dausa/en/home.html

The judicial system includes district and session judges, where the law and order are served covering several categories mainly divided as civil law and criminal law. There are different courts in Dausa such as scheduled cast, scheduled tribe court, family court, Administration of Justice, Judicial Magistrate, Additional Chief Judicial Magistrate. Gram Nyayalaya is also present in Dausa, which is established by Parliament of India, to provide quick and easy access to justice system.

The fee charges for case filing is low of cost for Gram Nyayalaya, and the Act functions under schedules. The items included under the schedules are maintained by both state and central government. Gram Nyayalaya takes up civil suits as well as criminal suits and serves justice following legislature and constitution, same exactly as other courts. 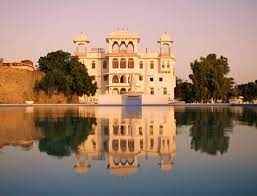 Connectivity:
By Air:  The nearest airport is at Jaipur (56 kms).By Rail: At present Dausa district is connected with Broad gauge rail route with Jaipur, Alwar and Delhi.By Road: The National Highway No. 11 linking Bikaner to Agra passes through Dausa district for a total length of 92 kms.

Are you a Business Owner?

Add the products or services you offer